This was my first try of making a video game. We managed to make (two developers and me) a tablet video game, it was called Tanks vs Chickens. We experimented this game development when I was intern at tygdigital in Amsterdam in 2014/2015. The goal, at my arrival, was to show the softwares and the technologies I could work on at the agencie.

The goal of this game is kill as much chickens as you can before they kill you. This is a shoot them all like. When you start the game, you chose your tank, the color and the weapons you want to use. The different weapons hve different effects, in my opinion, the best one ise the flammethrower because you can roast the chickens and get back some health points ! There are a few waves per level, the difficulty incrases in terms of the wave number. And when you have finished the level, you move to the next one. The game contained 4 different levels, farm, canyon, iceberg and Amsterdam.

Some of the final assets for the user interface 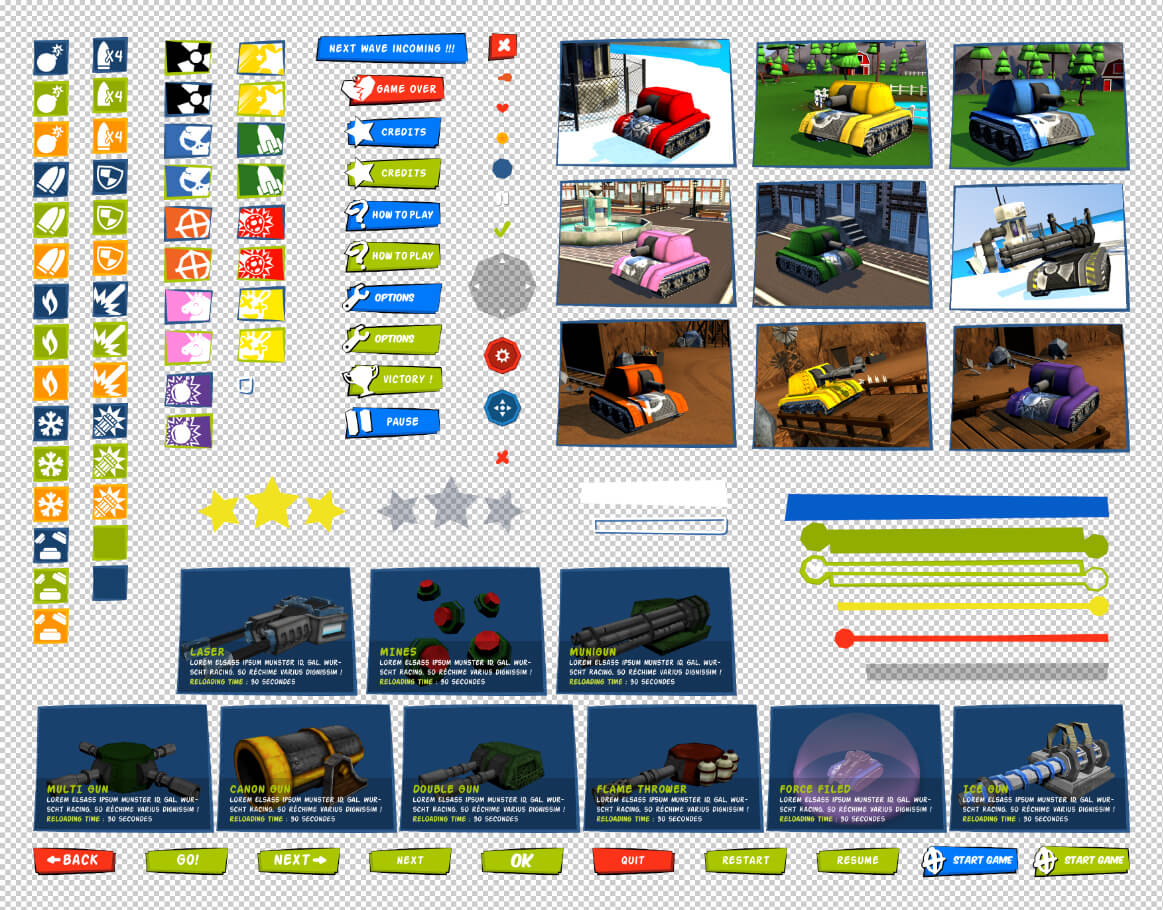 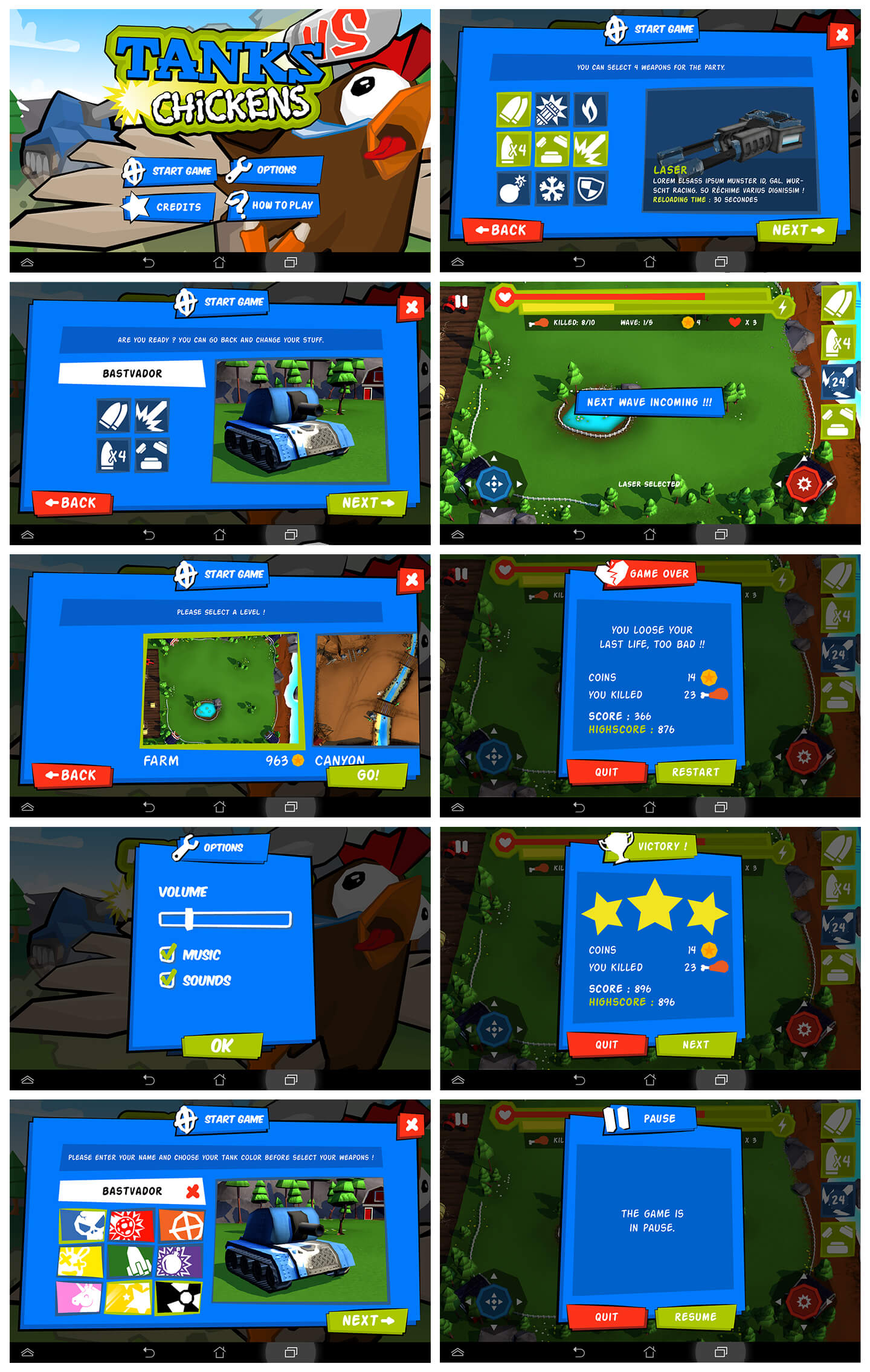 Sneak peek of the level design 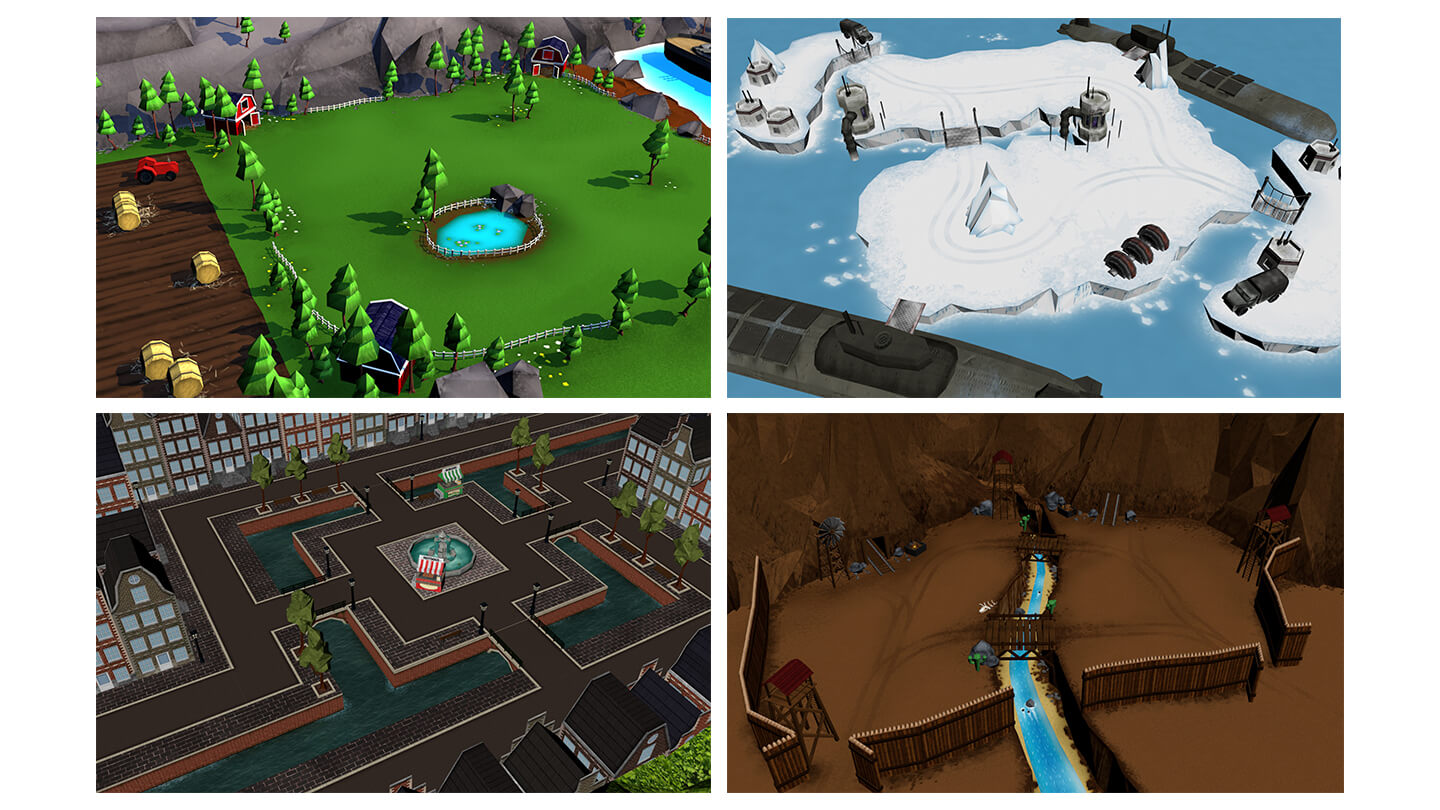 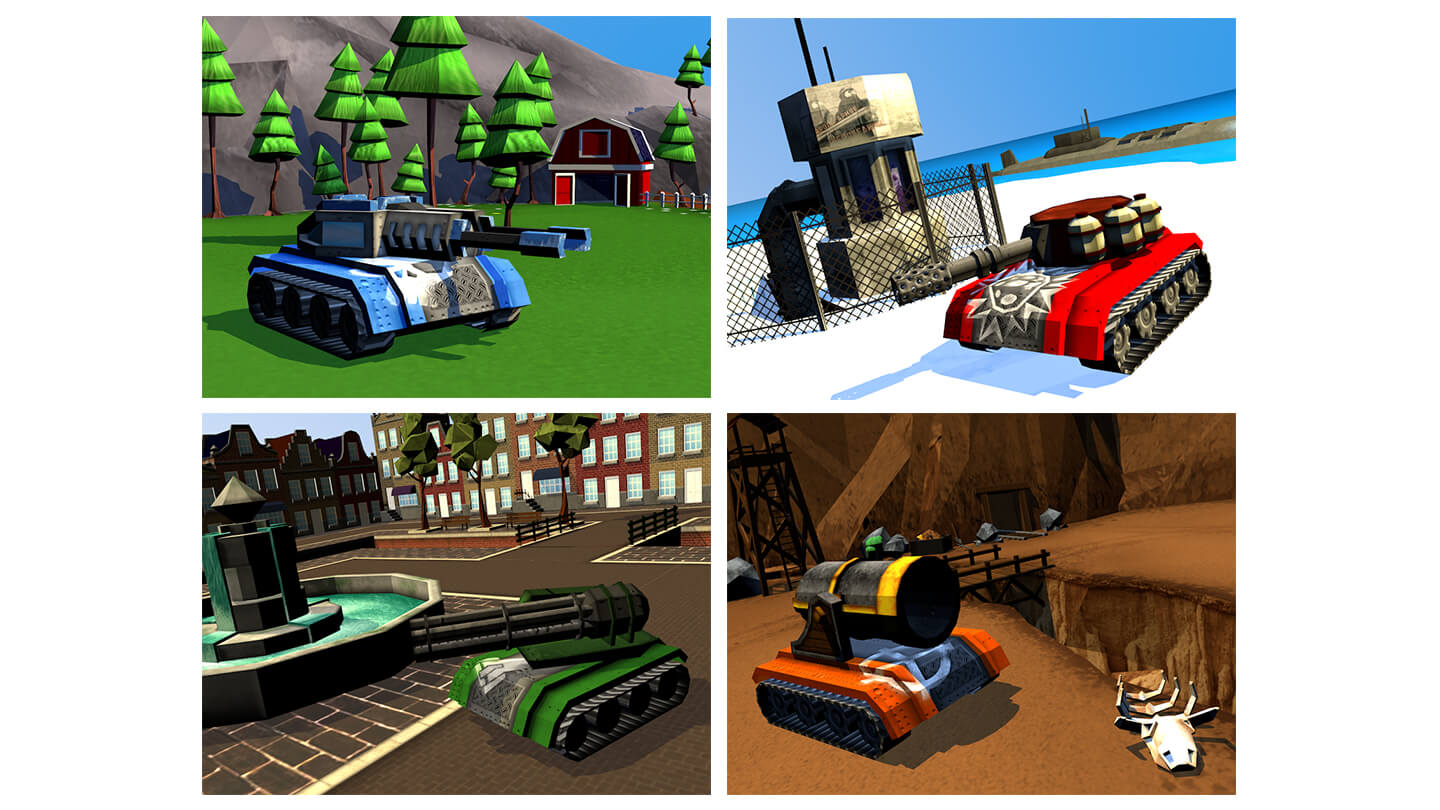